As StyleCaster points out, this is an incredibly big deal:

Well, for one thing, cover stars are what sell magazines, and while these three are well-known among digital-savvy fashion fans, they’re extremely niche-which is a huge risk for a national magazine. Even if you’re not a fan of, say, Scarlett Johansson or Jessica Alba, you know who they are when you see them at the newsstand, whereas most average women probably have never heard of or seen Zanita, Chiara, or Nicole before.

Needless to say, we definitely think the risk was worth taking.

The cover story talks about how the fashion industry is no longer represented by just magazine editors, movie stars and artists. In fact, the fashion industry is no longer influenced by just brand name label companies either. Instead, inspiration has stemmed from the streets, making street style and fashion bloggers big components of this art. These bloggers, as Lucky says, are tastemakers, some with full-fledged careers that blossomed from what might have started as a hobby.

Many fashion bloggers are certainly embracing this turn of the tide. There’s Margaret Zhang of “Shine by Three” who did an editorial for Elle, while still maintaining her blog and going to university in Australia.

Then there’s Aimee Song of Song of Style who recently launched an online clothing shop with her sister called “Two Songs,” catching the attention of legendary designer Diane Von Furstenberg.

And it doesn’t end there. Fashion bloggers both through blogs and YouTube are quickly settling into different avenues of influence. YouTube blogger Jenn Im of Clothes Encounters, for instance, just finished a Refinery29 vlog series called “Hang Time with Jenn Im” in which she visits fellow fashion bloggers’ closets (she also just did a Street Style video with Glam).

Lucky‘s the editor-in-chief Eva Chen points out, “They and their peers are breathing life into the industry, launching small designers, bringing fresh eyes to existing brands and having a one-on-one dialogue with their readers. There’s an energy and an excitement to what they’re doing…so elevating them to cover status makes total sense.” 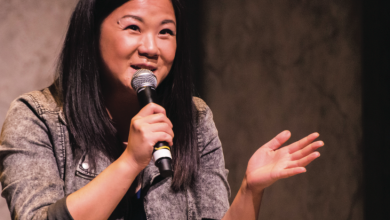