TOKiMONSTA, along with Def Jam’s Bibi Bourelly and Chicago-based musician Jean Deaux, are firm believers in the idea that “one day we’ll make it.” Indeed, they channel that belief into the music video for “One Day,” released today, Feb. 21.

The music video is set in an imaginary Taekwondo class, where a young female student gets the coaching advice from TOKiMONSTA, Bourelly and Deaux on how to “push forward when no one believes in you.” The class takes place while a cosmic storm rages outside, representing the external pressures women regularly face. Thanks to TOKiMONSTA’s production talents and the two singers’ emotive vocals, the song boasts a unique electronic tune, while still impressing the audience with its melody. With a meaningful message, “One Day” will definitely resonate with all the “young girl(s) with a big heart.”

The track follows the success of TOKiMONSTA’s most recent single, “Fried For The Night,” featuring the hip-hop duo EarthGang. TOKi is also performing at Coachella in April, marking her third appearance at the music megafest. Soon after, she’s hitting the road again for The Oasis Nocturno Experience North American tour.

The Asian American music producer is gradually defying the boundaries between music and culture one step at a time. Before “Oasis Nocturno” hits all the charts and streaming platforms in March, watch the music video for “One Day” here.

Catch TOKiMONSTA at one of her upcoming tour dates: 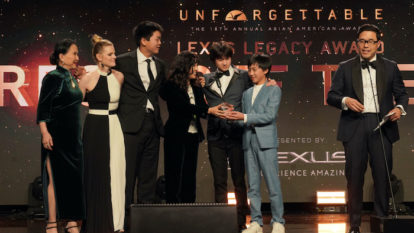 Jessica, Louis, Eddie, Emery, Evan and Grandma Huang caravanned from D.C. to their home in Florida over four years ago, and they’ve been in our hearts ever since. “Fresh […]