COVID-19 quarantine stretches on, but Japanese musician MIYAVI still has a few surprise releases up his sleeve for fans at home.

Yesterday, June 14, the “Samurai Guitarist” dropped the music video for the track “Need for Speed,” off his latest “HOLY NIGHTS” album. The visualizer, created in game engine Unity and captured remotely via technology from 4DViews, sees MIYAVI exploring and playing music in a virtual, video-game-esque reality. According to a statement from the artist, the video is an analysis of the end of live performance as we know it in a post-pandemic world.

The new release is a collaboration with creative technologist David Cihelna, whose work has been showcased at the Tribeca Film Festival and the United Nations UNDP Summit. Creative directors Dyan Jong and Annie Stoll led the visual development team on “Need for Speed,” as well as on the previous animated music video for the album’s title track, “Holy Nights.”

If you’ve been wondering what the “new normal” of live performances could represent, check out the video here. 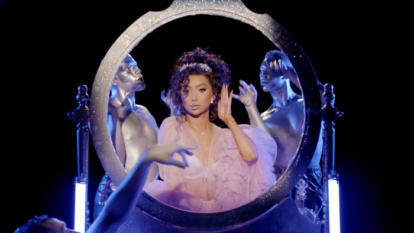 Pride festivals being cancelled doesn’t mean the celebration has to stop! Whether it’s an at-home party, a Zoom video call with your friends and family or a virtual dance-off, […]