After all that uproar over giving President Obama a Nobel Peace Prize last year, people are now campaigning for something instead someone to get the prize: the Internet.

The official campaign was initiated by Wired Magazine, who set up the website www.internetforpeace.org, but K-Internet, a lobbying group for Korean Internet companies, is one of its devout supporters. K-Internet is organizing an array of promotional events for September 12th, the UN International Day of Peace, to take place in Korea.

“In cooperation with our member companies, we will implement a range of advertizing [sic] activities over the next three months to help the Internet win the Nobel Peace Prize. We will stress its positive contribution to Korean society, including the promotion of freedom of speech and other democratic values. As the world’s most wired country, we think Korea’s active support will provide a significant boost to the global drive,” K-Internet chairman Hur Jin-ho said to the Korea Times.

Funny, since Korea has boot camps for the Internet-obsessed, but who are we to argue? We love the Internets. 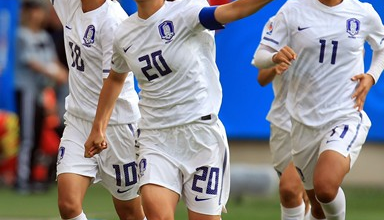 The Korea Republic team defeated the Mexican team, 3:1, on Sunday to secure a place in the semi-finals of the FIFA World Cup We know, we know. The South […]