You may already be familiar with Chinese models Liu Wen and Fei Fei Sun, but be sure to add the Shanghainese-born model, Ming Xi (birth name Xi Mengyao), to your list of models to watch. Not only was she named one of the top 50 supermodels of the world at the age of 24, she is also currently one of fashion’s busiest and most in-demand models.

With her unique features (those eyes!) and willowy limbs, her success came pretty naturally. Two years after graduating with a degree in fashion design at Donghua University, Ming Xi entered the International Elite Model Look competition in 2009 and came in third place. In January the next year, Givenchy’s creative director Richard Tisci personally requested her to walk in the line’s haute couture runway show. The year after, she appeared in Givenchy’s campaigns.

Givenchy fell in love with her, and just like that, so did the rest of the world. The high-profile model has walked for Chanel, Dior and Balenciaga, just to name a few. Most notably, she also walked with some fierce attitude in Victoria’s Secret Fashion Show as one of only four Asian models in the entire show.

Clearly, the girl knows how to work the crowd.

Her success pretty much sky rocketed from there. Michael Kors loves her so much that he sent her to the Met Gala in 2014, where she turned heads in an elegant black and green ball gown. She then flew to China where she walked alongside top American fashion models Rosie Huntington-Whiteley and Miranda Kerr in Michael Kor’s Shanghai Extravaganza. She also attended his jet-set party for his new flagship store in Shanghai.

Despite her success and fame, Ming Xi remains a down-to-earth girl. She told CNN in an interview, “Goals are nice, but with this profession, there is so much that is out of your hands,” she says. “In my opinion, happiness is the most important thing in my life.” 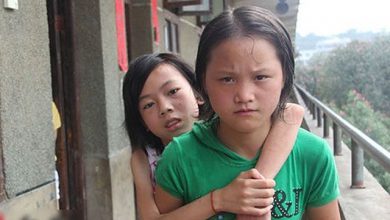 You may be wondering why the girl in the green shirt appears to be glaring at the camera. Perhaps you may be thinking she is merely annoyed at the other […]