Women fantasize about their dream wedding; men dream about the Epic Bachelor Party. Columnist Paul Nakayama on what’s wrong with this age-old rite of passage, but also what’s right about it.

The bachelor party. A time-honored tradition of celebrating (and overloading) a groom with debauchery on his last night as a single man. You’re supposed to send the groom off with a bang (not literally, though there are those who believe a bachelor party isn’t a bachelor party until you test his commitment and fortitude to the lifelong promise of marriage). Speaking of “time-honored,” even the Spartans during the 5th century were doing it. But perhaps because partying was already too crazy in ancient Greece, the wild thing to do back then was to make the bachelor party a simple gathering for dinner and drinks. Though really, who can believe that? I bet the Spartans were the original inventors of the Bro Code and took the secrets of their actual ridiculous, orgy-like stag parties to their tombs. In present day, things aren’t so epic day-by-day for the average Joe, so the bachelor party is something of a male fantasy, seeded from their teenage years. We’ve all seen these wild fantasies come to life in movies like The Hangover, but most bachelor parties I’ve attended were nothing like these movies, and I’m here to point out why that’s unfortunate.

Before you think I’m advocating strippers and prostitutes, which I’m not, let me explain. I mentioned that the bachelor party is a man’s fantasy growing up, something like how some girls dream of a perfect wedding. But every man wants that EPIC party that he and his friends can reminisce about for years to come. With the acceptance that the groom is less likely to party after being married, the expectation to make the bachelor party grander than an average weekend bender is high, and therefore, the stakes are raised with as many trouble-causing elements as the groom finds comfortable. That said, most bachelor parties never go beyond drinking and strip clubs (notwithstanding the Mario Lopez scandal where he was accused of being unfaithful to Ali Landry at a beach party). I attended one where all we did was drink schnapps with old people on a cruise ship.

Now, what’s mainly wrong with bachelor parties these days is that many of the attendees have all but forgotten what the party is for – to honor their friend. Instead, it has become a convenient excuse for married men to crawl out of their sweatpants and party their brains out. Years of working, family time and raising babies must be a mental pressure cooker because you can feel their elation when an engagement is announced – not for the marriage necessarily but because they can smell the hall pass, like chickens being let out of the cages to become free-range birds if only for a few days. In my experience, it’s been the married guys who spur the party to darker and more perilous places, whether to live vicariously or, knowing what they know, to create a more memorable contrast to the world that the groom is headed for. When I see that gentle tear of escapist joy trickle down the cheek of a long-married man as he receives a lap dance from an exotic dancer lathered in coconut oil, and he’s downing his tequila shots like it’s his last night on Earth, I do remind myself that I haven’t yet walked in his shoes. I’m a newlywed myself and without kids, so who knows how I’ll be in a few years. I hope I can contain myself a little better.

Still, the bachelor party is for the groom and not the attendees, so I have to frown on the ones who choose to party selfishly. I was once at a bachelor party where 90 percent of the guys were in the strip club’s VIP section for hours, so it wasn’t so much a party as it was an alibi.

There’s also a second kind of bachelor party that I find distasteful, and that’s the sadistic send-off, where the main goal is to make the groom suffer for abandoning the herd. This might consist of binge drinking far beyond his capacity, placing him in embarrassing situations that require NDAs, and having strippers and random women beat the sh-t out of him. These are the parties I truly dread. I was once at a bachelor party where the groom sat on a chair placed on a stage, and the strippers (many of whom were more suited to construction work than dancing) would jump and land onto his body, like it was a Wrestlemania battle royale. Yeah, we were all crying with laughter, but I can’t imagine the groom had too much fun explaining why his body was massively riddled with pumpkin-shaped bruises. I know the point is to make his (single) life flash before his eyes, but I was sure that that flash was causing a booze-and pain-triggered seizure. If I could do it all again, I guess I would’ve jumped in there and guarded my friend from some of those body slams, but then again, no bachelor party is worth dying over.

But I don’t want the women out there to think that bachelor parties are evil and something to fear. Most are sensible and fun. Like my own. Now, I can hear all of you trying to call bullsh-t, but it’s true. A series of personal milestones (turning 40 and getting married) in the span of two months promised substantial damage to my internal organs from booze, so I dreaded my bachelor party. But I ended up celebrating my transition into being a married man very simply. My friends knew that I was beyond thankful to have found a woman to accept me and all of my bungling ways, and that I wasn’t going to risk any of it over whatever monsters lay in the dark. I had a fantastic time, at least from what my memory was able to retain: monk robes, an Oliver Stone cameo, Korean BBQ, obligatory karaoke and heartfelt toasts from some really good dudes. So maybe the Spartans weren’t lying, and they got it right after all. My bachelor party was everything I wanted it to be: an affirmation that nothing worthwhile was ending, but that some wonderful things were beginning.

This story was originally published in our Spring 2015 issue. Get your copy here.
Photo courtesy of Warner Bros. 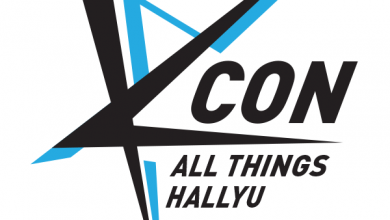 If you need any indication of the power of hallyu and Korean popular culture, look no further than how CJ E&M‘s KCON has grown since its launch in 2012. KCON hosted over […]