Over a thick vape cloud emitted by what looked (and smelled) like half of Los Angeles, floated a disk of kaleidoscoping colorful lights, and in the center of that disk stood an unassuming figure, wearing a baseball cap that covered everything but his wide grin. Sajeeb Saha, who goes by the stage name Jai Wolf, held one hand poised high over a synth keyboard. As his hand dropped, so did the bass, to the screaming delight of the crowd.

Jai Wolf shot to fame in the electronic dance music scene for his 2015 Billboard smash “Indian Summer,” a tune which fuses the twang of traditional Bengali sound with a modern electro-pop beat. Since then, he’s played music fests like Coachella and dropped more hit singles like “The World is Ours” and “Starlight.” The Saturday night show was the first of Jai Wolf’s two performances at the Shrine Expo Hall this past weekend, the second of which sold out. With opening acts by the likes of electronic indie artists Shallou, Hotel Garuda and Midoca, these two nights were the last stops on the artist’s 2019 North American tour that celebrated the April launch of his debut album, “The Cure to Loneliness.”

Mr Gabriel and Chelsea Jade, longtime collaborators with Jai Wolf, joined the Shrine Expo stage for songs like “Lost” and the recently-released “Lose My Mind.” Behind the musicians, the glowing halo of lights swirled between images of astronauts and androids, and more abstract explosions of color that dazzled the audience. The lights show, synced to the beats and snares of Jai Wolf’s songs, gave off vibes reminiscent of “2001: A Space Odyssey.” Above the confetti and fireworks, Jai Wolf danced to the music and occasionally paused between songs to marvel at how many people packed the hall. “There’s so many of you!” the artist said, and recalled when he played the same venue in 2015 as a then-little known opener.

But the night would be incomplete without a rendition of Jai Wolf’s best-known single, the track that catapulted him to EDM stardom. As the opening notes of “Indian Summer” hovered over the audience, the crowd roared and cheered, swaying back and forth to the hit synth beat. If this Los Angeles show is any indicator, we’ll probably see Jai Wolf sell out even larger venues worldwide in the near future. 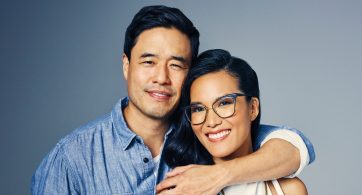 In a way, we—you, me, America, the internet, everybody—are responsible for “Always Be My Maybe,” the new romantic comedy starring Randall Park and Ali Wong. We willed it into […]