Seems like Jeremy Lin is on top of his game when he plays for a New York team – and his name can’t stop being punned.

Lin, who signed a three-year, $36 million contract with the Brooklyn Nets to start an era referred to by fans as “Brook-Lin,” is off to a smooth start in his 2016-2017 campaign as the team’s de facto starting point guard, averaging 16.3 points, 6.5 assists, 4.3 rebounds and 1.8 steals per game while shooting 46 percent from the field through the first four games.

Though the Nets are off to a sluggish 1-3 start, Lin still knows how to attract crowds with his stellar play, even years after his highly publicized rise to fame with the New York Knicks in 2012, a phenomenon dubbed “Linsanity.”

Lin, a 28-year-old Taiwanese American and graduate of Harvard, is a crowd favorite and a sports hero to many in the Asian Pacific American community. Many fans, like Dean Lin and his three children, came to watch him play against the Indiana Pacers on Oct. 28 in a home game where he finished with 21 points, 9 rebounds and 9 assists en route to a 103-94 victory in front of a sellout crowd of over 17,000 people.

Dean Lin told NBC News he brought his kids from New Jersey to show them what an Asian American role model looks like. “It’s not just that he’s Asian American,” Dean Lin said, adding that Jeremy is a smart and tenacious player who is breaking stereotypes. “It’s really more that he doesn’t give up and really stays focused on what he needs to do. I think it’s good for the kids to see that you can basically be anything.”

Lin will have a chance to keep up his strong play against the Detroit Pistons in a home game on Nov. 2 at 7:30 p.m. ET. 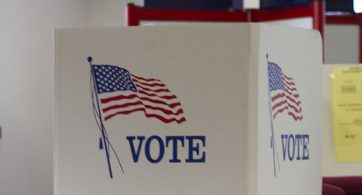 Two Asian Pacific American organizations are setting up in-language hotlines for Asian American voters in the week leading up to the presidential election. The Asian American Press reports that […]