Lin, who rose to stardom in 2012 after a month-long stretch of stellar play for the New York Knicks dubbed “Linsanity” – inspired Greg Pak, the comic’s creator, so much that he had to have him in his comic, according to Slam Online.

Lin, a 28-year-old of Taiwanese descent, went on to play for the Houston Rockets, the Los Angeles Lakers and the Charlotte Hornets before signing a deal in the 2016 offseason with the Brooklyn Nets. He said he’s happy that Marvel is making an effort to diversify its cast of superheroes.

“They had me with Hulk’s hair. We’re kindred spirits,” Lin said. “It is an honor and a cool opportunity to become part of the Amadeus Cho ‘Totally Awesome Hulk’ storyline. Additionally, I think it’s great that Marvel is making real efforts to add diversity to its superheroes and their origin stories.”

Cho first made his debut as a minor character in 2005 in “Amazing Fantasy.” Years later, Pak and artist Takeshi Miyazawa brought him back as a major character in the “World War Hulk” storyline, and then as one of the primary characters in “The Incredible Hercules.”

In 2015, Pak teamed up with Frank Cho, another artist, to launch “Totally Awesome Hulk,” a standalone series starring Amadeus’ version of The Hulk. 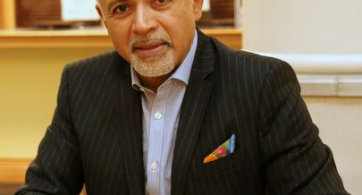 An Indian American Stanford physician will be awarded a National Humanities Medal for his efforts to emphasize empathy in medicine, the White House announced Thursday. Dr. Abraham Verghese – […]