Jeremy Lin, who became a free agent after playing for the Charlotte Hornets last season, has signed with the Brooklyn Nets for a reported $36-million, three-year contract, according to The Vertical’s Adrian Wojnarowski.

The deal brings the 27-year-old point guard back to the city that pushed him into NBA superstardom wearing the Knicks jersey back in 2012, and reunited with Kenny Atkinson, the Nets’ new coach and Lin’s former Knicks assistant coach.

Atkinson is largely credited with helping Lin into the spotlight. In a New York Times interview in April, Lin applauded Atkinson: “When you’re around him, you kind of understand there’s something different about him: his energy, his passion, the juice he approaches his work with.”

The Nets who are in dire need of a point guard after a torn ACL took down Jarrett Jack last season, are also getting a massive marketing boost in signing Lin, who is expected to become the new face of the franchise. 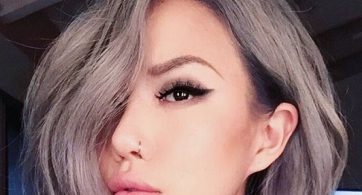 The fashion community has exploded online, flooded with those who are out to dominate the blogosphere through social media — and Asian Americans are leading the pack. Here are 10 trend-setting Asian […]