“Silicon Valley” star Jimmy O. Yang has joined the cast of “The Opening Act,” an upcoming coming-of-age comedy produced by Vince Vaughn and Peter Billingsley, according to Deadline.

The film will follow a man who seemingly has everything he could ever want in life except a career in comedy, which is his ultimate dream.

Yang rose to fame playing Jian-Yang on HBO’s “Silicon Valley.” He will appear next in “Crazy Rich Asians,” Warner Bros’ adaptation of Kevin Kwan’s debut novel of the same title.

Yang’s recently released book, “How to American: An Immigrant’s Guide to Disappointing Your Parents,” details his journey toward becoming a comedian and actor against his parents’ wishes, as well as his experience growing up Chinese American.

“The Opening Act” is currently filming in Los Angeles. 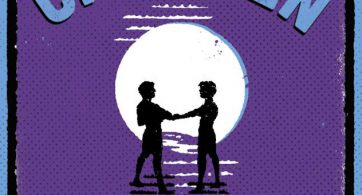 Netflix will adapt Salman Rushdie’s “Midnight’s Children” into an original series. Rushdie’s novel details India’s transition from colonialism to independence through the story of Saleem Sinai, who is born […]