The two films could not be more different. The former, which became an indie festival favorite, was shot on a shoestring budget of $250,000 with an assemblage of then-unknowns. The latter, one of the most anticipated tentpoles of the year, is a star-studded, $150-million special effects-laden spectacle. And yet, there they were, two Asian faces, along with co-writer Doug Jung’s, at the helm – literally for Cho, who at one point takes a seat on the captain’s chair.

“I’m still processing it,” Cho, 44, said. “Frankly, both being Asian American and having survived in this business and flourished, it was very significant for the both of us, and we shared – we stole – a lot of glances. If there were subtitles [to our glances], they would say, ‘Can you believe it?’”

When Cho thinks back of those Better Tomorrow days, what he remembers is the pride he felt, and of being abuzz with an optimism for bigger things, especially for Asian American cinema – a scene that never blew up the way he’d hoped.

“I feel a bit like Moses standing outside Canaan, looking at everyone else going in,” said Cho, referencing the biblical Promised Land that was denied to the prophet. “I feel like there’s a future [for a younger generation of Asian American actors] that’s brighter than any future that’s possible for me.”

He’s not so much worried about “getting somewhere” now. If he’s retained optimism, it’s toward fulfillment through great roles. “I’m looking for complex relationships,” he said. “I like words, versus some actors who avoid words. I like to play with them; interesting dialogue, characters with stakes, people they love.”

Much of his wishes are reflected in Hikaru Sulu’s story in “Star Trek Beyond,” where, for the first time in the reboot, his personal life is explored – with the revelation that he is gay. Writer Jung plays Sulu’s partner in the film. Cho said he appreciated that this installment gives audiences a chance to see more of Sulu and why he does what he does.

The announcement was dampened, however, by George Takei’s opposition to it. The original Sulu has publicly said he would have preferred to see the introduction of a new character who is gay, and that series creator Gene Roddenberry had intended for Sulu to be heterosexual.

Cho said he has not spoken to Takei since the news broke. He had floated the idea of a gay Sulu to his predecessor early on in the process, as did co-writer and star Simon Pegg and Lin. Cho said that while he respects Takei’s stance, he thinks Roddenberry may have felt differently about Sulu’s sexual orientation “were he to start the series today.”

“It’s impossible to say since [Roddenberry’s] not here,” Cho said. “But I will say I’m heartened, and I hope George is heartened, by the positive reaction from the fans, and maybe more importantly, the fact that we’ve normalized a gay relationship. … I hope that young gay viewers are emboldened by this piece of representation, and I hope that [Takei] appreciates that at some point.”

The controversy has not taken away from Cho’s memories of watching the original series as a young kid and the sense of encouragement he received from Takei’s presence. And it may be Cho’s third time putting on the mustard-yellow Star Fleet uniform, but being Sulu is still something of a marvel. “You immediately stand taller and walk more erect,” Cho said. “The first time I walked on [the set of the Enterprise], it was like walking into a cathedral. It always feels like a privilege putting on the old uniform.”

Putting on other uniforms is what happened when Cho became the face, literally, of one person’s effort to shine a light on the controversy of whitewashing Asian roles in #StarringJohnCho, which replaced white actors’ faces with Cho’s on movie posters. And last month, the Asian American Journalists Association awarded Cho with the 2016 Visibility Award.

And while he feels the weight of the honor, he insisted he is “not out to revolutionize anything.” Said Cho, “The responsibility [as an Asian American actor] I feel today is the same as I felt when nobody knew who I was, which is that I didn’t want to do any work that I felt would denigrate Asians. I’m for personal happiness and fulfillment and to do what I want to do. … I would like to leave the business better than I found it. I think that’s best achieved by following my heart.”

So, what advice would today’s John tell 12-year-old John?

“Lean into who you are,” said Cho, “and stop worrying about what everybody else is doing.” 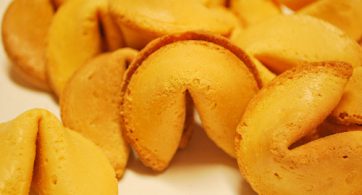