If you’ve ever been on an airplane, you’re probably more than familiar with the standard, federally regulated safety procedures that the stewards and stewardesses explain at the start of every flight (cue hand motions to indicate where the emergency exits are).  It’s customary and expected, but, let’s be honest, it can be a little dry.  Though we fully appreciate and are very grateful for the explanations, sometimes we can zone out.

But Virgin America has changed all of that with this 5-minute clip that is slowly becoming a viral hit.  It’s being promoted as the first domestic pre-flight safety video set to song, and to be completely honest, IT’S AMAZING.

Under the eye of Asian American director Jon M. Chu (Step Up franchise, GI Joe: Retaliation), the video is set in a airplane hanger, with bright lights, a fancy dance routine and the catchiest Motown-esque track — complete with a rap break.  The video will play on Virgin America flights, according to Variety.

Though the video was just released on the 29th, it’s already racked up over 140,000+ hits.  With viewers already loving it, combining entertainment with safety has already “taken off” without a glitch.  Wanna take a peek, just take a look below!  And in their words (and we quote), get ready to “buckle up to get down.” 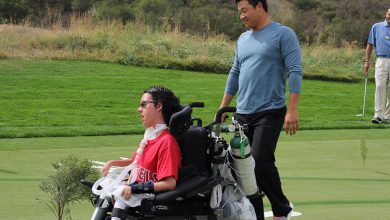