Both singers are noted for their distinctive voices. Jung gained popularity as the lead vocalist for popular rock band Boohwal. He has also appeared on popular television music shows including “Immortal Song” and “King of Masked Singer,” proving his vocal prowess on the latter competition show as a four-time champion.

Ben won the musical competition show “Perfect Singer” in 2013. Since then, she has also performed on “Immortal Song” and is best known for her song “Like A Dream” from the Korean drama “Another Miss Oh.” 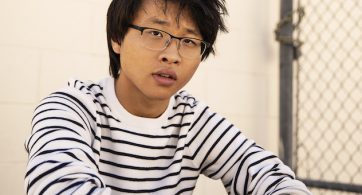 You know Kenny Ridwan as Dave Kim, the sarcastic turtleneck aficionado with the bowl cut, on ABC’s “The Goldbergs.” The show is set in the ’80s and centers on […]