Hot Wheels toys are getting a high-octane makeover, with Justin Lin getting in the driver’s seat to direct the upcoming film.

Lin has closed a deal with Legendary Entertainment to direct the “Hot Wheels” film based on the Mattel car toy line of the same name, according to Variety.

The “Star Trek Beyond” director will also develop and produce the project through Perfect Storm Entertainment, his production company. He can also opt to co-finance the film. There are no plot details, as there are no writers attached to the film. Universal will be distributing the movie.

The film has been in development since 2003. McG (“Charlie’s Angels”) was to direct it for Columbia pictures before ending up at Warner Bros before it got attached to Joel Silver (“Lethal Weapon”). Legendary eventually picked it up and gave it to Simon Crane, but it sat since 2014. Lin taking directorial leadership may give the film the gas it needs.

Lin is most known for revitalizing the “Fast and Furious” franchise, for which he has directed four times. More recently, he has been attached to “Star Trek Beyond,” which grossed more than $300 million globally.

There is no release date for the film as of now, and the film will most likely not be Lin’s next project. 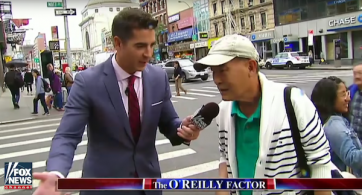 Asian Pacific American organizations and prominent members of the AAPI community are outraged over a Fox News segment, aired earlier this week, that depicted Chinese Americans in a stereotypical […]