When Kevin Kwan’s “Crazy Rich Asians” hit bookstores in 2013, he knew Hollywood would come in to try and whitewash his story.

“That was their strategy,” Kwan said in an interview with Entertainment Weekly. “They wanted to change the heroine into a white girl. I was like, ‘Well, you’ve missed the point completely.’”

The story of “Crazy Rich Asians” follows an American-born Chinese woman named Rachel Chu as she travels to Asia, where she experiences culture shock upon meeting her boyfriend’s ultra-rich family.

On his book tour promoting the novel, Kwan shared that even audiences who don’t themselves identify as Asian called for an authentic film adaptation of the story.

“I remember one woman [in Texas] saying, ‘What makes these people think that all we want to do is see the same white actors or actresses on screen?’” Kwan said. “To hear that reaction really confirmed for me what the audience wanted.”

The film, which is due Aug. 17, 2018, is produced by “The Hunger Games” producer Nina Jacobson and producing partner Brad Simpson. “I had one of the top producers in Hollywood come to me wanting to make this movie and wanting to do it right,” Kwan said, “so I think the culture is shifting. They’re seeing the importance of this.” 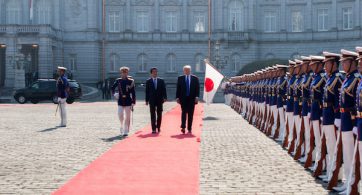