The brainchild of Paul “PK” Kim, the annual talent showcase Kollaboration has provided a Los Angeles stage (and large cash prizes) for Asian artists, dancers and musicians for the last 10 years. Now hosted in Seattle, San Francisco, Houston, Tulsa, Atlanta, Chicago, New York, D.C., and Toronto, the organization’s mantra to empower through entertainment is indeed becoming an international movement. This March marks the tenth year for Kollaboration’s flagship event in Los Angeles. It will also be Kim’s final year as executive director of the nonprofit organization. Kim, who is exiting his post to concentrate on his stand-up comedy career, believes it’s time for a new generation to take over. Executive producer Roy Choi says that Kim, who also hosts the show, is “Kollaboration personified,” but “we’re just going to continue the course. Keep expanding and moving into other cities.” KoreAm takes a look back at some of the more memorable moments of Kollaboration’s first decade.

A DECADE OF KOLLABORATION

2000
The birth of a movement. The original Kollaboration staff includes founding executive director PK and Ben Chung of Jabbawockeez. Until 2008, Kollaboration would remain an all-Korean event.

2001
The second show is hosted at the Wilshire Ebell Theatre, Los Angeles Koreatown.

2008
Kollaboration’s first year as a pan-Asian event. Jane Lui is the grand prize winner of the second acoustic event at the Ford Amphitheatre. Kollaboration goes down under, to Atlanta.

2008
One2Swing Jitterbugs wins the grand prize at the eighth show.

2008
The first sold-out show is held at the Orpheum Theatre. 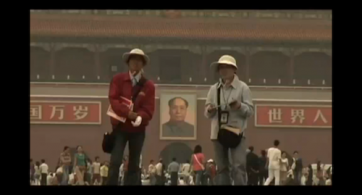 Imagine being able to help back a film. And all you need is $10.