I scream, you scream, we all scream for…Korean food?

Korean restaurants, a $2.1 billion industry, number about 5,000 in the United States and saw a 3.5 percent average annual growth from 2011 to 2016, a new report by Korea Trade-Investment Promotion Agency (KOTRA) Chicago said.

Until 2021, Korean restaurants are expected to see an annual average growth of 2.8 percent.

In recent years, Korean cuisine has gone from little-known foodie secret to mainstream darling in the U.S., bolstered by everything from Roy Choi’s Kogi truck and critically acclaimed chefs like David Chang and Hooni Kim, to spotlights by celebrity food critics in the vein of Anthony Bourdain.

In 2014, the National Restaurant Association ranked Korean food as No. 2 on its list of hottest ethnic cuisines.

In particular, kimchi, a spicy fermented cabbage side dish that serves as a Korean staple, has seen its popularity explode — last year, according to estimates by Korea Agro-Fisheries & Food Trade Corporation, the U.S. received the second-most exports of the dish, at 1.4 million kilograms, and saw a 8.2 percent increase in exports compared to the year prior. That’s far behind the 14.8 million kilograms that went to Japan but more than Hong Kong, Taiwan and Australia. 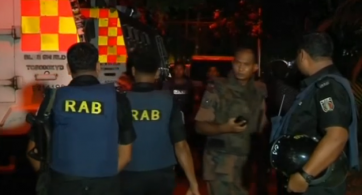 As many as 20 hostages have been held by nine armed terrorists at a Dhaka, Bangladesh, cafe since Friday evening. At least two are dead, and about 40 are […]