Chung Mong-gyu, 53, is apparently hoping to follow in the footsteps of his cousin Chung Mong-joon, a former KFA president who served on the FIFA Executive Committee from 1994 to 2010 as the vice president.

Chung Mong-gyu, registered for his candidacy with the Asian Football Confederation (AFC) on Tuesday, according to the KFA. The deadline for registration is reportedly Feb. 28.

The president of the AFC is automatically given a seat on the FIFA Executive Committee as FIFA’s vice president, which leaves only three additional seats for potential candidates from Asia. The candidates will be chosen during the AFC Congress in Bahrain on April 30.

Although Chung, who also serves as Hyundai Development Co.’s chief, became the KFA’s president in 2013, he has been involved in Korean soccer for more than two decades as the owner of three different teams in the K League, South Korea’s professional soccer league. He also perviously served as the K League’s commissioner in 2011.

Since becoming the KFA president, Chung helped South Korea win its bid to host the 2017 FIFA Under-20 World Cup. Last October, he expressed his interest in running for the FIFA Executive Committee seat, saying he intends to “explore more ways to enhance the level and marketability of Asian football.” 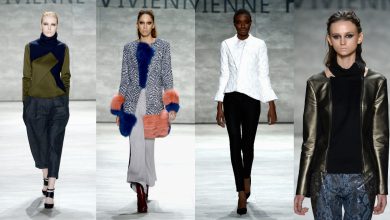 Asymmetry, sharp lines, dark and stormy hues. Vivienne Hu once again creates a collection made for strong personalities.  At first glance, there’s so much going on from the different cutouts, […]