This past weekend, Kpop girl group EXID landed in Los Angeles where they were scheduled to perform at the Korea Times Music Festival. As with any Kpop group, swarms of their adoring fans came bearing gifts and had cameras in-hand for possible selfies as they patiently waited for the idols at the airport terminal entrance. Amongst the mass of loving fans, there’s always expected to be some paparazzi, but we certainly didn’t expect to see American media outlet TMZ.

For those who are unfamiliar, TMZ is basically a televised paparazzi round table, where “reporters” dish out the latest news, but this time around, their celebrity gossip segment had EXID fans across the globe raising their eyebrows in shock.

Sure, EXID member Junghwa’s attempt to speak English wasn’t perfect, but did it really call for that poor imitation? Many have agreed that the TMZ staff’s lack of judgement was offensive, and it hit close to home for fellow K-pop idols like Amber of f(x), Taec Yeon Ok of 2PM and Park Joon of G.O.D.

I was gunna stay quiet but i cant. Seriously, @tmz not cool man. All Americans face palm at your rude and childish actions.

Translation: “When they make fun of a person’s accent do they not realize that said person is able to fluently speak another language? ã…‹ã…‹ã…‹ The mentality behind making fun of someone who greeted fans in their own language is just wow…”

EXID’s label has responded after watching TMZ’s segment:
“We saw what happened. We’re very angry that they would make fun of Koreans’ way of talking and their tone. This is not something to laugh about. It is a clear case of racism. We are going to go through Korean media in America to contact TMZ and demand a response.”

Uh-oh, TMZ. It looks like you picked the wrong celebrities to laugh at. 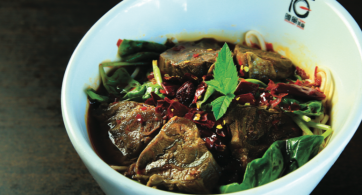