The largest annual Hmong New Year celebration in the United States, the Hmong International New Year, kicked off Monday in Fresno, California, to recognize the holiday and promote Hmong culture.

According to the event’s organizers, Hmong American communities celebrate their New Year’s festival on different weekends from October through December, culminating into the final festival in Fresno.

“How Hmong Americans celebrate the New Years have changed over the past 40 years,” Seng Alex Vang, a writing and Asian American studies professor, told NBC. “Today it is also a huge economic opportunity for small Hmong family businesses and vendors as well as a huge economic boost for the local economy.” 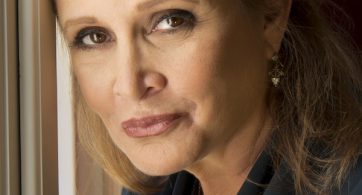 First we said goodbye to Prince and David Bowie, then to Victoria Wood, Mohammad Ali and Alan Rickman — and now, this month, we’ve been forced to mourn the […]