The force is with “Squid Game” star Lee Jung-jae.

Just ahead of the Emmy Awards ceremony this coming Monday, Deadline has announced that Emmy-nominated actor Lee has landed the lead role in Lucasfilm’s new Disney+ Star Wars series “The Acolyte.” The show will be a mystery-thriller taking place in the final days of the High Republic, as Dark Side powers emerge to battle for supremacy. Other actors attached to the project are Amandla Steinberg, who will lead alongside Lee, and Jodie Turner-Smith. Leslye Headland will serve as series director, writer, executive producer and showrunner.

Details about Lee’s character have been kept under wraps so far, but if you want to catch a glimpse of his acting chops in the meantime, watch “Squid Game” on Netflix now. 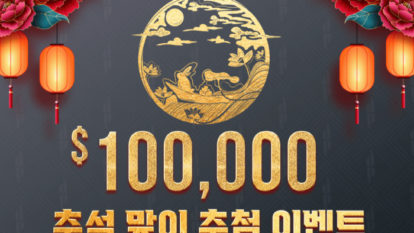 Win A Share of $100,000 in Cash and EasyPlay Join Pechanga Resort Casino in celebration of the Mid-Autumn Festival with the exciting $100,000 Harvest Moon Drawing on Friday, September […]