Recognize Robert Lopez? Well you certainly should. Lopez was the very first Filipino American to win an Oscar during the 86th Academy Awards. If you don’t yet recognize his name, you’ll certainly recognize Lopez’s work. This songwriter took home an Oscar for composing Frozen‘s “Let it Go” with his wife Kristen Anderson-Lopez.

His time with the Academy Awards is far from over it seems. He and his wife are now writing a song for Neil Patrick Harris to sing at upcoming Oscars.

Neil Patrick Harris revealed this news just a few days ago through his official Twitter account. He explained that while he wasn’t at liberty to say what the duo is planning, he can promise that it won’t be a song called “Let It O.”

Check out my Twitter video #Oscar exclusive! I gots me a scoop! pic.twitter.com/SGQ3oJHDqZ

Of course, an Oscar isn’t the only thing Lopez can boast about. He is also the first Filipino American to be part of the prestigious group known as EGOT. This group– which contains only 12 individuals such as Audrey Hepburn and Whoopi Goldberg –consists of individuals who have won the four top entertainment awards: Emmy, Grammy, Oscar and Tony.

Lopez has voiced that he hopes “Filipino artists everywhere take my example as proof that you don’t have to look a certain way for your dreams to come true. It just takes hard work, perseverance and some luck.”

Want to check out the couple’s work for yourself? Here’s an interview with Hola Hollywood about the making of “Let it Go.” 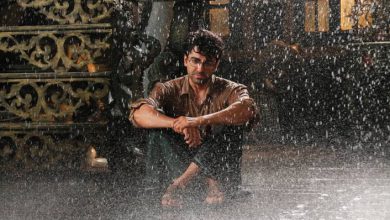 Directed by Vibhu Puri, Hawaizaada is a period drama set in the heart of Mumbai, India in 1895, eight years before the Wright Brothers flew the first plane. It […]