Tomorrow, May 27, marks the beginning of a new era for WarnerMedia. It’s the launch of HBO Max—the newest streamer offering up the at-home entertainment experience.

Anime lovers in particular should take note, because HBO Max has teamed up with Crunchyroll, the world’s most popular anime destination, to bring audiences 17 beloved titles with both English-language dubs and subtitles. Following the launch, Crunchyroll will curate even more anime series to be shown on HBO Max each quarter, including fan-favorite “Death Note.”

Similar to other streaming platforms, HBO Max also produces their own original series. While the first of these don’t come out until July, we’ve got plenty to look forward to in terms of seeing our favorite AAPI stars on the small screen.

Without further ado, here’s 10 handpicked projects to catch on HBO Max, including both anime and original series.

Edward Elric neglected the laws of alchemy, which tore his limbs apart and put his brother Alphone’s soul in danger. To right his wrongs, Edward and his brother embark on a search for the Philosopher’s Stone.

A Crunchyroll Original, this fantasy and romance mixture revolves around a duo’s mission to solve a series of dark incidents plaguing their world.

Natsuki Subaru, an ordinary high school student, is taken to a different world where the only person who cares about him is a beautiful girl with silver hair. Wanting to repay her good deed, Subaru agrees to help her find what she’s looking for.

Three high school anime fanatics join to form an animation club, only to realize the “ultimate world” is in their own minds already.

In this must-watch series, piano prodigy Kousei Arima suddenly lost his ability to play after his mother’s passing. Then, a violinist named Kaori Miyazono arrives and changes his life forever.

Releasing after HBO Max’s initial launch, here’s another classic for anime fans! Straight-A student Light Yagami’s got a great future ahead of him, but he’s bored of his humdrum life. Just when he’s wishing for something exciting to come up, Yagami finds the Death Note, a notebook dropped by a rogue Shinigami death god.

This reality series follows Binh Ho and his wife Hue Ho as they immigrate from Vietnam to the U.S. in pursuit of the American dream. The couple establish an enviable image of the “American Hos” as they build a multimillion-dollar bank and a real estate development company. If you enjoyed “Crazy Rich Asians” and “Keeping Up With the Kardashians,” you will definitely fall in love with “The House of Ho.”

HBO’s half-hour anthology series is back with its fourth and final season, continuing to tell unexpected tales of characters who pass through a single room of an American chain motel. Stay tuned to catch Dave Bautista, “Always Be My Maybe” actress Vivian Bang and “Westworld”’s Leonardo Nam.

Before naturalization became a common method to gain U.S. citizenship, there was … fermentation. You read it right, as “An American Pickle” is about an immigrant worker who accidentally falls into a vat of pickles for 100 years and wakes up unaged and totally American. The pickle himself is Seth Rogen, but the cast also features “Plus One” star Maya Erskine.

Based on the 2016 novel of the same name by Matt Ruff, the series follows a young man as he drives across 1950s Jim Crow America to look for his missing father. Here begins a survival quest and an effort to tackle both the racist terrors of white America and the lurking monsters straight out of H.P. Lovecraft’s writing. The show stars Jonathan Majors, Michael Kenneth Williams and Jamie Chung and is created by filmmakers Misha Green and Jordan Peele. While an exact release date has yet to be determined, you’ll definitely want to stay tuned for this horror show. 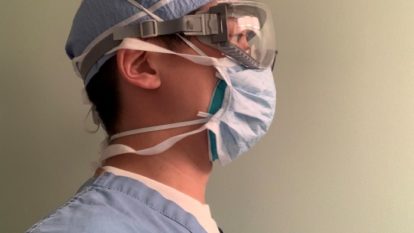 “None of us lives to himself.” – Romans 14:7 My brother John* is the youngest of us three kids, and the only boy. Since I am the firstborn, and […]