Set within South Korea’s 1980s military dictatorship, “Hunt” premiered at the 2022 Cannes Film Festival and follows two senior security officers, Park Pyong-Ho (Lee) and Kim Jeong-do (Jung Woo-sung), of the Korean Central Intelligence Agency. After a failed assassination attempt on South Korean president Chun Doo-hwan, the two are tasked with hunting down a North Korean spy within their own organization, but soon find the situation unimaginably complicated. The feature film is based on real historical events and initially premiered at the 2022 Cannes Film Festival on May 19 of this year.

As the director, Lee did extensive research for the film to determine which direction he wanted the story to take. Besides making numerous revisions to the script in the early stages of production, Lee sought inspiration from other films to help shape and influence the film’s artistic execution. “[I] looked into films that I hadn’t seen before,” Lee said in a recent interview with Character Media. “But because the story of ‘Hunt’ is so unique and the psychology of the characters within that story is so unique as well, I could not end up finding the correct references that could help me.”

Directing style aside, Lee hopes that the story and characters of “Hunt” are able to linger with audiences long after they watch the film, which is now screening in select U.S. theaters. “I hope that foreign audiences can turn their eyes to their own countries and ask themselves whether there is any false propaganda or news that is harming everyday citizens,” he said.

For more exclusive insight on “Hunt,” watch our interview with Lee above! 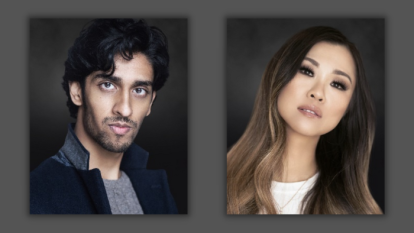 British actors Lo and Chera have been announced as new recurring characters in the second season of Prime Video’s “Lord of the Rings” spin-off series.