With refugee parents and six siblings to care for as she grew up, filmmaker and cinematographer Quyen Tran has never taken anything for granted. “As a first-generation Asian American, when given opportunities, you work the hardest,” she said. “It’s hard to be a filmmaker. For me, I didn’t think about my gender. I didn’t think about my race. I just thought about being the best cinematographer I could be.”

Before going into film, Tran was a stills photographer and journalist. She was later inspired to pursue cinematography after falling in love with the collaborative nature of filmmaking. She’s now best-known for the rom-com “Palm Springs,” which broke Hulu streaming records after its release in July of this year. The film stars Andy Samberg and Cristin Milioti as two strangers who meet at a Palm Springs wedding, only to get stuck in an infinite time loop. With just over 20 days to shoot the film, Tran worked extremely hard in collaboration with the rest of her team to make the movie happen.

As someone who wants to make an impact in any way that she can, however, Tran does much more than just shoot movies. In addition to painting posters for protests, she recently partnered with a friend to start a fundraiser for the Los Angeles Food Bank. The campaign is called “Doughrectors in Filmmaking,” and combines her passion for baking with her background in filmmaking. She and her team recently raised enough money to create 55,000 meals, which is enough to feed 55 families for a year. “When you can do something like that, it makes me believe that maybe we can, as cinematographers and filmmakers, make a difference,” she said. 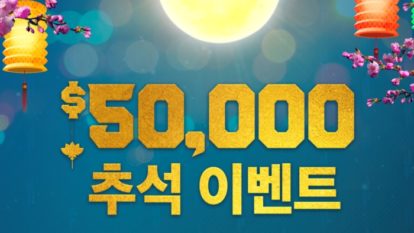 Since its reopening in June, Pechanga Resort & Casino is prioritizing health and safety while still letting everyone in on the fun. To wish everyone peace of mind, health […]