Korean food, with all its basis in veggies, herbs and legumes, may well be a vegan dream. Why is it that KBBQ and galbi get all the attention?

It’s the question that’s put MommyTang at the forefront of the plant-based Korean food movement, and one that’s driven hundreds of thousands of subscribers to her eponymous YouTube channel. In each video, seated on cushions at a floor table inside her Pennsylvania home, the mother of four introduces easy-peasy, you-can-do-this-too recipes and tops ‘em off with mukbang.

The channel started just a year after Tang went vegan. She’d found that it helped with post-pregnancy weight loss and had an itch to share her own journey with the world. What was more, it was clear that, through mukbang and telling stories about her everyday life, she’d found a way to connect with countless others.

Here, MommyTang talks being a mom and a content creator, interacting with fans and what’s next.

You started in a kitchen and then transitioned into what your channel’s famous for: mukbang.

I use YouTube to get Korean food out there for vegans. Vegans are very health-conscious people. When it comes to Korean food, we have so much vegans can enjoy. They would never know about it unless somebody tried it. I started off with basic things like vegan kimchi. After that, I thought I could veganize — if you look at things here, it’s all very popular dishes, like veganized hamburgers or veganized hotdogs — Korean food. I said, what do my kids like after kimchi? Rice cakes. Rice cakes are vegan and it’s healthy. If you have ddeok (rice cakes) and water, you’re full.

Koreans definitely don’t think about rice cakes as a vegan thing. It’s a snack for us.

Yeah. For vegans, they like to eat clean food. They love it. Rice cakes, nobody has introduced it even though it’s available. It’s like somebody introducing sushi. What I want to do is spread Korean food in a different platform. A lot of people try to bring Korean food through bulgogi, galbi, KBBQ. But I feel like the best way to get to the foodies — vegans, their life is centered in food.

How did you become vegan?

I have four kids. I gained a lot of weight for each one. Every time I went on a diet, I did a different diet. I did a protein diet, I liked it, but I hated what I ate. At one point, I’d done all the diets. So I was looking at how to lose weight on the internet, and I found veganism. It was a huge movement. I tried it, and the first day, I loved it. I started on a fruit diet. Right away, my swelling went down. It was an amazing feeling. Ever since that, I never went back.

There’s so many food-focused YouTubers, but there are more failures than there are successes. What do you think it is that you do, that makes you so successful?

This is my secret: It’s simpleness. I never tell them how to cook complicated things. I show them how to eat kimchi, rice and water. Koreans love that, don’t we? We just take rice, and put in water, and eat it with kimchi. One meal is done. That’s what I show, and I veganize it. They try it, and it’s easy, and they love it. If you’re doing fancy recipe after recipe — how to make souffle, how to make gangjung, even, you have to go out, buy ingredients, cook. Who has time for that? You could go to the supermarket and buy it made. Me, I show that you can buy a jar of kimchi and make different foods with that. Kimchi fried rice. Kimchi pancakes. Korean food is amazing. Koreans are smart, you know what I mean? Korean food is smart. For us to be able to spread that — and that it’s not just about galbi. It’s not just about barbecue. It’s about namul, spinach, bean sprouts, gochujang, dwenjang, seaweed soup. That’s what I want to bring here to the U.S.

You have impressive engagement. How are you interacting with everyone?

I know my fanbase, and I know why they watch mukbang. A lot of people watch mukbang because they’re lonely. People that are busy, who go out all the time, they have no time to watch mukbang. It’s the people who work hard, who come home, and they’re home alone and they need a friend to eat with. They turn on the channel, and I’m their friend.

I was wondering why your videos were so long, like, 46 minutes.

What do you get in your inbox?

They tell me stuff like, “Mommy Tang, today was the day I wanted to commit suicide. But I wanted to watch you last, and I decided to live another day.” I get letters like that. I get a lot of Korean letters saying, “My mom is sick and can’t eat too much. You made juk yesterday, and I made juk for her, and she ate three bites.” It’s so touching for me to see that. The basic thing I’m doing with my channel is to try and help them through whatever they’re going through. We’re all going through hard times.

What’s behind your channel name, MommyTang? It’s so personal, in a lot of ways.

My kids picked that out for me. Little kids don’t really know your name. They just know “Mommy,” and my last name is Tang. My kids loved it.

All of this has snowballed in less than two years. How has MommyTang affected you as a mom and as you?

My kids — it’s a love-hate relationship. They love it, but at the same time, it’s less mommy time. My kids are very into YouTube as well. They go to school and kids will say, “Oh my gosh, your mom is MommyTang?” So my son is affected in that way too. My big kids are very supportive. My little kids are a part of my mukbang because I don’t want to kick them out. I learned that you have to really be balanced as a mom. On a personal level, I want to inspire so many girls who have kids and who think they are stuck. Some of them are in their 20s and graduated college but don’t have a job. I want to say, “Hey, I’m 40 and I did this.” You have 20 years before me! You can do it. Look at me.

What were you doing before the channel?

I was a stay-at-home mom, taking care of the kids. The more this snowball gets bigger, people will get inspired.

Do you have a background in food?

No. I cooked a lot for my family. That was it. It’s experience. I cooked for 10 years at home. You put the stove on and you throw in whatever you’ve got into a meal.

Tell me about being a content creator today and how that’s pushed you to grow.

As a creator, first, you have to have content. Content comes from ideas. If you have ideas and content, it’s amazing. But the thing is, can you really put that idea and content out there? Some people can’t. Some people are amazing at both. I am full of content, in a way, because I’m a mom of four. I still have to take care of my kids. That’s my first job. So it was — am I going to do this as a leisure thing, or am I going to take this further into something bigger and make this into a brand? I decided to make it into a brand.

I’m at the very start of it, but I feel like I’m meeting the right people. Content makers are like a body. Depending on what kind of content you have, it might be a Mercedes. It might be a Toyota. But you need the best engine in there. That’s the way I see it, the teamwork.

What are you working on right now?

I’m working on an ebook. There’s no book like it. I’m going to be doing Korean plant-based vegan food. A lot of side dishes, a lot of kimchi. I partnered with Shin Beijing, we made a vegan menu. We’re partnering up to spread black bean noodles to vegans. How exciting is that?

Where do you want to take MommyTang?

I don’t know. Honestly, it’s endless for me. I want to take it up to a point where I’m at the position where I can help people who are struggling. I don’t want to get big to mingle with the big companies. I want to be up there because there are so many people who have so many ideas and so much content, but are stuck. I want to be their platform. I don’t know how, but I hope I never lose this. 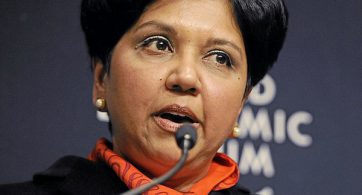