Get ready to dance the night away at the first-ever Metamoon Music Festival, coming to New York City’s Barclays Center this November 26.

The festival, a single-day event created by Hong Kong-based Graceful Media in collaboration with Live Nation, will bridge the gap between Asia and the United States. MetaMoon will not only provide a platform for Asian and Asian American artists to their fans, but also extend their reach to a broader audience. New York City was picked as the location for the festival due to the city’s diverse nature and its status as hosting the largest Asian American population in the United States.

“There is a great need for stronger Asian representation in pop culture and in the media, and the mission of MetaMoon Music Festival is to give artists the ability to shine from a prominent stage, in the heart of Brooklyn,” Graceful Media founder Grace Chen said in a press release. “Now more than ever, music is truly a global language, and talent, no matter where they come from, will resonate with fans across cultures if given the opportunity to share their passion and creativity.”

For its first year, Metamoon Music Festival will feature performances from various Chinese and Chinese American artists, with EXO’s Lay Zhang headlining and 9m88, Karencici, ØZI, and Sury Su making their U.S.-area debut. MC Jin will host the festival. That’s not all, as the organizers have hinted the lineup will expand with future announcements of special guests and other artists.

Tickets go on sale tomorrow, Friday, July 15, at 10 am EST on SeatGeek and Barclays Center’s website.  More information can be found on the MetaMoon website, and unless you want to miss an out-of-this-world lineup, make sure to snag your tickets lunar rather than later! 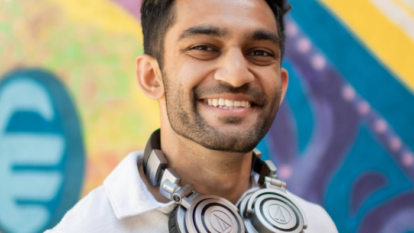