The “Crazy Rich Asians” star posted a selfie with the book on her Instagram on Sep. 20:

The scandal involved accusations toward former Prime Minister Najib Razak for laundering funds from 1MDB, a strategic development company. Investigators are attempting to crack how the company’s funds landed in personal accounts of corrupt officials. The theft is estimated at $5 billion, one of the biggest fraud cases in history. Authorities in Malaysia, Singapore, Luxembourg, Switzerland and the U.S. Department of Justice are currently investigating the case; there are probes related to the scandal in at least 10 countries, according to Bloomberg.

Low is now an international fugitive whose whereabouts are unknown. Wright referred to the businessman as a “modern-day Gatsby,” whose parties were attended by celebrities including Leonardo DiCaprio and Miranda Kerr.

The author tweeted his excitement regarding the news:

The actress last served as executive producer for the South Korean-Thai film “Final Recipe” in 2013, in which she also starred. Her next acting project, “Master Z: Ip Man Legacy,” is set to release this year. 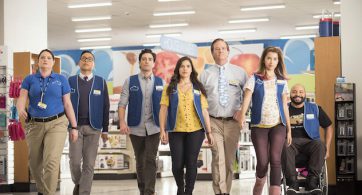 A new workplace comedy from “Superstore” writer/producers Vicky Luu and Bridget Kyle, “Like Magic,” has been put into development by NBC. The show will be co-written by Luu and […]