Min Jin Lee’s “Pachinko,” the critically acclaimed bestseller that set the literary world abuzz upon its release last year, is getting the Hollywood treatment.

Apple is set to create an international drama series based on the historical epic, according to the Hollywood Reporter, following a bidding battle with multiple outlets. The series — to be told in Korean, Japanese and English — would mean another mostly Asian cast for television.

“Pachinko” tells the story of a Korean immigrant family through several generations, from Korea to Japan to America. It was a finalist for the National Book Award for fiction in 2017.

Lee will executive produce alongside Soo Hugh, who recently came off running the first season of AMC’s “The Terror.” Hugh is expected to write and act as showrunner. Her producing credits also include “The Whispers” and “Under the Dome.”

Lee and Hugh are both Korean American. Lee, who was born in Seoul, grew up in Queens and made her debut as a novelist in 2007 with “Free Food for Millionaires,” which told the story of a young Korean American woman seeking a place in New York’s upper crust. 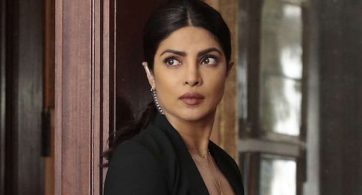