This year I attended Kollaboration LA, the annual nonprofit talent competition for the top five best up-and-coming Asian American artists, for the first time. The competition took place at one of West Hollywood’s most well-known night clubs, The Troubadour. These five contestants had a lot to live up to, as legendary artists ranging from Elton John to John Lennon had previously graced the stage they were about to perform on. Luckily for them, each individual or band was able to hold their own and certainly did not disappoint. In fact, the entire audience of about 400 guests were completely blown away by the amount of talent in the room. We certainly did not envy judges CSU professor Oliver Wang, Grammy-winner Christopher Tin, and composer Gingger Shankar, who had to make the difficult decision of who would win the competition.

First up in the spotlight was the Indie-rock boy band, The Rhee Bothers, who was the first of three guest performers of the night. They charmed the audience with their funny lyrics and in no time at all, had the whole room chuckling and smiling from ear to ear.

Following The Rhee Brother’s performance was the first contestant of the night, #Fourty4B. #Fourty4B is a soulful “feel-good” a cappella group that named their group after their college apartment at UC Irvine, all dressed colorfully from head to toe. Pretty much just picture Pitch Perfect (try and say that last sentence three times in a row – I dare you).

Next up, Cambodian American singer/songwriter Phanith Sovann shared her incredible story of being born in a refugee camp in Thailand and growing up poor in the United States. After her moving introduction, she sang one of my favorite songs, Stand By Me by Ben E. King. Later, she dedicated her own original song Stay With Me, to her parents.

The next performance was Julynn Kim, a petite, sweet-looking girl who was introduced by the MC as “a Korean version of Christina Aguilera” (which raised a few eyebrows in the crowd). But as soon as she opened her mouth and belted out her own original song, The Broken Ones, there was absolutely no one in the room who could argue. Every jaw dropped to the floor. We all seemed to be wondering the same thing: Just how is it possible for such a big, powerful voice to come out of such a small body?

After Kim was triple threat Julianne Manalo who sings, writes her own songs and dances. Manalo discovered her love of music at the young age of 3 years old. Notably, she has previously competed in American Idol and X Factor, and has opened for American rapper Macklemore. With a powerful and captivating voice, the Filipina American belted out her own song, After Party, which had members in the crowd dancing and clapping along to the beat.

Last but not least was The Primaries, an R&B/soul band that consists of eight members, all of whom attend UCLA. Without uttering even a single word, The Primaries immediately caught the audience’s attention the minute they walked on stage, as every member was wrapped in colorful ribbon (primary colors only, duh). Before they began their performance, they showed a video the band produced themselves. The video was incredibly moving, as each member of the band talked about the discrimination they faced as Asian American artists. In contrast to the somber video, however, they ended the competition with a fun, upbeat song that consisted of some of the band members playing the trombone, saxophone and trumpet.

After their performance was over, it was clear that the audience was not yet ready to leave. Luckily, Kollaboration had invited a couple of more guest performers, including drummer/singer/songwriter/producer Anderson Paak, who had the whole crowd bending over with laughter. Last but not least was two time beat box champion KRNFX, who blew everyone away with his abilities to make noises similar to what sounds like robots having sex (in a good way, of course). Korean rapper Dumbfoundead also made a special appearance at the event, and helped his good friend Paak hype up the crowd.

And, of course, to conclude the night, the judges finally made the excruciatingly difficult decision of who would win the competition. Congratulations to The Primaries, who will advance to Kollaboration Star, where they will compete against winners from the other participating chapters for $10,000 and other perks! 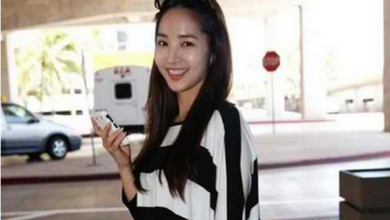 We all have those days where we feel too lazy to put together our most fashion forward, effort-full (as opposed effortless) outfit. For those days, try going minimalist (or Parisian! Or […]