Disney’s animated movie “Moana,” which hits theaters over the upcoming Thanksgiving weekend, has been met with some criticism by some members of the Asian Pacific American community, who say the film inaccurately depicts Polynesian culture.

Anne Keala Kelly, a Native Hawaiian journalist and filmmaker, told NBC News that “Polynesian” is not a race and that the filmmakers ignored the diversity of the millions of people in the Pacific, who together speak over 100 different languages.

“Through this project, Disney reached into the entire Pacific region and cherry picked here and there to create this fantasy of Polynesia,” Kelly said.

Vince Diaz, a University of Minnesota professor and Filipino Pohnpeian who was born in Guam, agreed with Kelly’s assertion that the filmmakers “cherry picked” aspects of Polynesian life. The film pulls cultural aspects from different ethnic groups in Polynesia and merges them into one culture represented in the movie, Diaz told NBC.

Kelly then said that one of the biggest problems with “Moana” is that it perpetuates stereotypical images of Polynesia as an exotic vacation spot. “In Hawaii, the impact of the American occupation is something nobody wants to see,” she said. “It’s poverty, illness, diaspora, removal, marginalization, highest rates of incarceration, suicide, and on and on.”

To prepare for the movie, Disney created a group of academics, anthropologists and other experts called the “Oceanic Story Trust” to advise its creative process, according to NBC. However, dissenters noted that the trust had a lack of transparency.

“We don’t know what the process is and it seems as if people were selected from very specific islands,” Diaz said. “Who gets to authenticate Polynesia and especially in a historical context in which Polynesia gets to stand for the entire Pacific?”

Diaz went on to say that he hopes that through “Moana,” people will begin to understand there is a problem with the mainstream narrative of what Polynesia is like.

“The trick is about demonstrating how this benevolent narrative and iconography of the Pacific is actually insidious in how it advances and perpetuates colonialism,” he said. 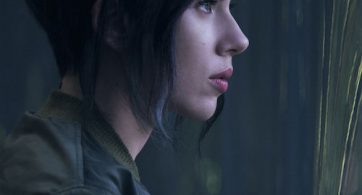 The producer and director of the upcoming action movie “Ghost in the Shell” are brushing off criticisms of whitewashing surrounding the casting of Scarlett Johansson as Major Motoko Kusanagi, […]