Each issue — published by McSweeney’s — will focus on a single topic via photos, essays, travel journals and interviews. The first topic will be — what else — ramen. Hopefully enough people will want to read essays about noodles to justify a $28 annual subscription.

The premier issue will also include a foreword from culinary buddy and TV personality Anthony Bourdain as well as a scientific look at alkaline noodles and MSG.

An iPad app with videos and more photos will also be available. The first installment will have an interactive bowl of Momofuku ramen where the user can click on ingredients to reveal recipes and more videos.

“We thought the ramen was the best thing to start with,” Chang told the New York Times. “Within that soup there’s so many things. We wanted to see how far we could go down that rabbit hole.”

Check out our profile of Chang from the June 2009 edition of KoreAm. 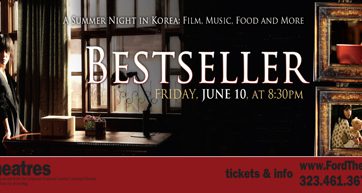 The Korean Cultural Center of L.A. is hosting a Korean movie night at the John Anson Ford Amphitheatre this Friday with the stateside debut of horror/thriller film Bestseller. The […]