Disney+ just dropped the first trailer for Marvel Studios’ “Ms. Marvel,” a series that follows New Jersey teen Kamala Khan as her wildest daydream—to be a superhero—comes true. The trailer highlights Kamala’s life as an ordinary high school student, struggling to balance grades, her faith, her personal life and her new personal-personal life as Ms. Marvel. The series streams June 8 on Disney+.

Bisha K. Ali, who previously worked on Marvel Studios’ “Loki,” serves as the head writer. Accomplished directors are also on the docket for the first season, including “Bad Boys for Life” filmmakers Adil El Arbi and Bilall Fallah, as well as “You”’s Meera Menon, each helming at least one episode. Oscar-winning documentarian Sharmeen Obaid-Chinoy also directs an episode.

Prepare yourself for the ride of a lifetime, and check out the trailer below. 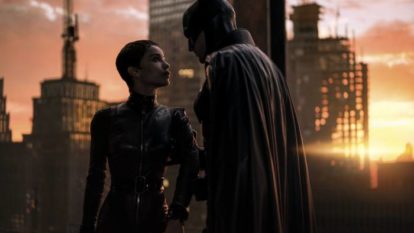 The Filipino stunt coordinator shares how he helped create the hero that Gotham (and fans) deserve right now.