The wait for the “Mulan” live-action film just became much longer.

Initially planned for a November 2018 release, the Disney film will now arrive in theaters on March 27, 2020, according to Variety. The live-action is a remake of the beloved animated original that came out in 1998.

Directed by Niki Caro and starring Chinese actress Liu Yifei in the titular role, “Mulan” tells the story of a young woman who, dressed like a man, takes her father’s place on the front lines of war. 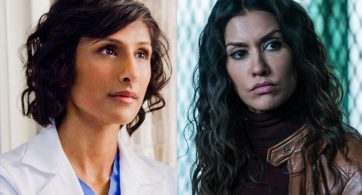 NBC’s new untitled comedy, based on a book by Orli Auslander, will have Sarayu Blue in the lead role, while another untitled comedy at Fox has cast Janina Gavankar […]