Four-time U.S. National Champion figure skater Nathan Chen “pays the cost to be the boss” in NBC’s new Super Bowl commercial. The advertisement is one of many in NBC’s “The Best of U.S.” Olympic promotion campaign.

The 18-year-old Salt Lake City native will represent the United States in the Pyeongchang Winter Olympics this year. With five quadruple jumps in his program, the reigning Four Continents and U.S. National champion is a favorite to win gold. 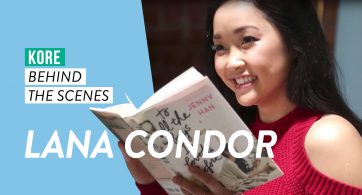 Lana Condor joins Kore Asian Media’s 2018 Annual Issue as one of its cover talents! The actress has a busy year ahead, from “To All the Boys I Loved […]