A New Jersey father has been charged with aggravated manslaughter after his 5-month-old son died Thursday morning, reports NorthJersey.com.

Authorities allege the cause of death was “two months of beatings and violent shaking inflicted” by 38-year-old Yoseop Choi, who is in Bergen County Jail on $1.75 million bail. County prosecutors upgraded initial charges of aggravated assault and endangerment to homicide.

Choi, described as a married student from Fort Lee, brought his child to Bellevue Hospital in New York on July 28. The baby was suffering from a cardiac arrest and had severe head injury as well as a healing rib fracture. After being in critical condition for days, the child died on Thursday.

Child protective services were notified upon Choi’s arrival at the hospital. After police determined that Choi had assaulted the baby at his apartment, they placed the father under arrest the next day.

The homicide charge carries a minimum sentence of 30 years in prison. If convicted, Choi must serve 85 percent of the sentence before becoming eligible for parole. 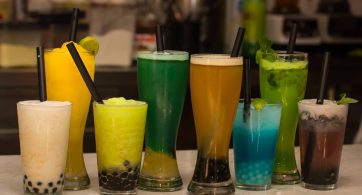