Since winning the title of Miss America, Nina Davuluri has become the nationwide center of attention. From racist haters to supportive members of the community, just about everyone seemed compelled to voice their opinion about the first Indian Miss America. Finally, it’s her turn to speak up.

Nina Davuluri dished it all in an interview with The Wall Street Journal‘s Jeff Yang. After discussing the various misconceptions about pageants, Davuluri explained her own reasons for partaking in the competition. Aside from using the winnings for med school, Davuluri expressed her desire to change the “girl-next-door” look of pageant winners.

“I grew up watching Miss America for years and years, and as the daughter of immigrants, I always thought to myself that I could never be that – because I didn’t look a certain way; I didn’t fit the model of what was up there on that screen,” she says. “And it shouldn’t be about race, it shouldn’t – but it is. To be able to stand up there, and be an example for other little girls that America is now a very different place, that’s everything to me.”

Because of her platform, “Diversity Through Cultural Sensitivity,” we were surprised to learn that Davuluri was caught off guard with her pageant question pertaining to Julie Chen.

Although there have been mixed reactions to her response, Davuluri explained herself in further detail to The Wall Street Journal. She revealed that she empathized with Julie Chen and understands that it is our society, unfortunately, that made Chen feel the need to change herself.

“I’d already experienced something like it on a smaller scale when I won Miss New York,” she explains. “It’s part of the reason I was so determined to focus my platform on diversity. But you can’t just scream in the dark, you have to try to shed light and awareness.” 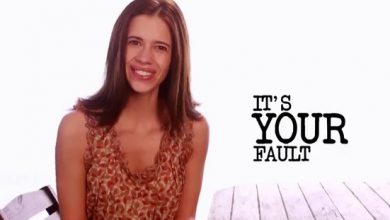