It’s no secret that North Korea holds a harsh stance on defectors and their families – rumors of hard labor and prison camps for families members of “traitors” abound and citizens are often brainwashed into believing that defecting will only lead to more difficulties.

So unsurprisingly, when a group of North Koreans accidentally drifted over the Yellow Sea maritime border last month and were rescued by South Koreans, most of them asked to be repatriated. But in a strange twist of events, North Korea is refusing to take them back.

Four of the 31 North Koreans were reportedly so impressed by what they’ve seen in the South that they don’t want to return, and as South Korea’s policy is to accept and give refugee status to those who choose to defect, South Korean officials are refusing to force repatriation. In return, North Korean authorities are refusing to accept the remaining 27 “boat people” until all 31 choose to return.

The intensely private communist country has a history of only releasing cryptic press releases, but North Korean officials have retaliated with an unforeseen tactic: emotional and public blackmail in the form of online interviews with the family members of four defectors.

“The South Korean puppet regime must return my daughter to her mother’s arms right away,” says Park Myong Ok.

“I miss you daddy,” says a daughter in another clip. “Please come home quickly.”

But Dan Bielefeld, with the Network for North Korean Democracy and Human Rights, told the CS Monitor, “No matter what, if they go back, I don’t think they’ll save their families. […] By stating they weren’t going back, those four families were already in big trouble.”

Experts are speculating that North Korea is using the “boat people” as propaganda, in order to hold down defections, but also believe that officials are attempting to make this issue more important than the Cheonan sinking and the Yeonpyeong shelling.

North Korean authorities are refusing to speak about any other outstanding issues until all 31 people show up at the truce village, Panmunjom. 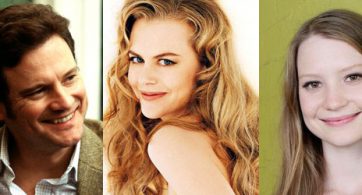 Exciting news in film! Park Chanwook has been rumored to be courting some big names for his Hollywood debut, but it’s finally been confirmed that Colin Firth will star […]