The spunky actress makes her big screen debut in Pitch Perfect, but there’s more: she also does stand-up, modeling and has her own clothing and jewelry line.

“So tell me about yourself,” says Hana Mae Lee, as she offers me a seat.

We’re at her publicist’s office in West Hollywood, Calif., and even before today’s interview begins, I notice she’s thoughtful enough to have learned my name. She just wrapped a photo shoot and, though she’s been posing for the camera for hours on a boiling hot day in Los Angeles, she’s still energetic and enthusiastic—so much so that the interview quickly turns into a casual conversation.

Lee’s outgoing personality contrasts sharply with the character she plays in the feature film, Pitch Perfect, starring Academy Award nominee Anna Kendrick, which opens in theaters this month. In the film, marking Lee’s big screen debut, she plays Lilly, a quiet college student with an irresistible sense of humor.

“I’m not at all like Lilly in real life,” says Lee, “but I loved playing her.  It was so fun. I look up to her a lot because she’s so confident and doesn’t care about what other people think about her. She’s very quiet, but also fierce and has depth. Even now, when I’m conflicted with something, I’m asking myself, ‘What would Lilly do?’”

Pitch Perfect tells the story of a perennially underachieving all-girl collegiate a cappella team, the Bellas, led by newcomer Becca (played by Kendrick), that attempt to remake themselves and overtake their male rivals at the national championship.

Lilly, the beatboxer of the Bellas, establishes her presence with hysterical one-liners in the film.

“For three months, we were filming in Louisiana where I met people from all walks of life,” says Lee. “It was such a unique experience.” Prior to this breakout role, Lee has also had memorable spots on CBS’Mike & Molly and the Comedy Central series Workaholics.

In addition to acting, she’s also a model, stand-up comedian and fashion designer. In 2001, the alumnus of Otis College of Art and Design began her own jewelry line Hanamahn, which means “just one” in Korean. Hanamahn has since expanded to apparel.

“I have no idea how I come up with all this time to do these things,” says Lee, chuckling.

“I love acting the most, and my goal is to be known as a comedic actress.  I also want to continue portraying my individuality. My ultimate goal is to further my acting career and having a sponsor buy my line, so that I can just focus on designing.”

Born and raised in Southern California, Lee attended Granada Hills High School in the San Fernando Valley. Regretfully, Lee says she was often picked on and bullied by some fellow Korean Americanstudents.

“I’m not even sure if I can call it discrimination since I was being discriminated by my own people,” says Lee.

“When you grow up in the Valley, all you know is your folks. I had friends that came from all over the world since I was young. I was just never one of those kids who only hung out with Koreans, and they hated me for that. It reached a point where I actually hated being Korean.”

Although Lee’s early experience forced her to struggle with identifying herself as Korean American, her perspective took a 180 after she graduated from high school and visited Seoul for the first time in her life.

“Before heading to Korea, I remember saying to myself, ‘My goodness they’re going to hate me.’ But when I got there, everyone was so loving and generous. That’s when it finally hit me that my people were actually great,” says Lee.

As the international visibility of the Korean entertainment business continues to rise, Lee says she would even embrace the opportunity to take her career overseas.

“I would love to act in Korea if I had the opportunity. Korean films are great too, but K-dramas have really been blowing up. Everyone watches them.”

As I get ready to close the interview, Lee asks, “Did we even talk about Pitch Perfect at all?”

Then she bursts into laughter, shrugs, and says, “Oh well … thanks for being my therapist for the day.”

This article was published in the October 2012 issue of KoreAm. Subscribe today! To purchase a single issue copy of the October issue, click the “Buy Now” button below. (U.S. customers only.) 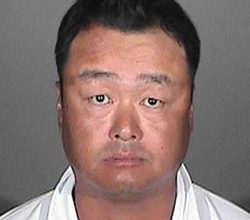 A Los Angeles tennis coach was arrested on Tuesday for sexually assaulting a female teenage student in Glendale, Calif., according to news reports. Dale Kim, 46, faces charges of […]