Somewhere in Capetown, South Africa, is a dusty city dotted with saloons, opium dens and brothels. Though it might seem a little out of place in a country better suited for a Toto music video, it feels as if the likes of John Wayne or Clint Eastwood might come riding through town, ready to face off against some dark-eyed stranger.

Rather, this is a set built to showcase the fierce personalities of Ah Toy and Mai Ling—the two female bad-asses that comprise the fiery heart of “Warrior,” the new Cinemax series set in San Francisco’s Chinatown circa 1850 that shot its premiere season at this South African studio. Ah Toy, played by Olivia Cheng, is based off of the infamous madame of the same name who established an empire of prostitution in the early 1800s. And Mai Ling, portrayed by Dianne Doan, is a Long Zii gang member who schemes her way to power through treachery and pure sex appeal. The show, which revolves around the exploits of Mai Ling’s brother, Ah Sahm (Andrew Koji), features epic kung fu fights and a binge-worthy plotline based on the writings of the one-and-only Bruce Lee. Set in an era where a woman’s station of power was relegated to hearth and home, the women of “Warrior” operate from unconventional places: the bed of a powerful tong leader and a brothel.

While Ah Toy makes her name in Chinatown’s seedy underbelly as a madame who doesn’t hesitate to use sex and violence to get what she wants, Doan’s character is a little bit different. Mai Ling never engages in sex work, but she shacks up with the gang’s elderly leader to make a place in the Long Zii tong in the only way she can. “With Mai Ling it’s a point of, you have to do what we need to survive,” Doan says. “She’s come from a horrendous time [in China] and goes to America, but there’s this question of how does she get power? So, she makes her way to the tong and works her way up where she gains power.”

At first, it may be hard to see the abundant nudity and simulated sex scenes as anything other than a show capitalizing on stereotypes about the exocticism of Asian women. But after a bit of research, it’s clear that these powerful female figures are meant to be a realistic reflection of history. “[Chinese] women came to American shores and were sold in ports as slaves,” Cheng says. “We took what Hollywood has sometimes turned into a two-dimensional caricature—something that’s very painful for our community—and made it flesh and blood. We took those tropes and had them become a complex human being who people can relate to, as someone who endured trauma and tragedy many times over to survive.”

But things aren’t all gloom and doom. With a talented majority Asian cast, both Cheng and Doan emphasizes that the actors of “Warrior” are very close with one another in a way that they haven’t experienced before on other sets. “The whole cast is really close, and everyone says that, but it’s the truth,” Doan says. “We really go to dinners after set. We’re not bored of each other. I mean, who ever knew that we’d be in Capetown? I now consider these people lifelong friends because of this experience.”

In fact, both Cheng and Doan are from the Vancouver, Canada area, but other than a brief encounter at a CAPE event in 2017, they had no interactions with each other, even amidst the local acting scene. After continent-hopping, they are now best buds. During the interview, Doan even lovingly referred to Cheng as “Liv.” “We’d met once before very briefly, and then less than a year later, we were cast in this show together,” Cheng says. “I was super stoked because I didn’t know her well, but I remember her energy. And I just felt like I’d get along with her, and I wasn’t wrong.”

“Warrior” is a show with a number of unprecedented elements, with its majority Asian cast, multidimensional women characters and unique plotline. But both Doan and Cheng are anxious to see how the series will be received by audiences. “In terms of the greater picture, I hope that we become a show that is part of this greater movement of community acceptance,” Cheng says. “It would be cool to be part of a show that cracks the code and becomes a show that Asian Americans, Asian communities and Asians around the world are really proud of, especially because it’s in the name of Bruce Lee. With everything that he represented and everything that he accomplished ahead of his time, [we want] to honor his legacy with a great show.” And just maybe, these two ladies will be recognized for honoring the Asian American women who were just as fierce as the Wild West that they lived in. 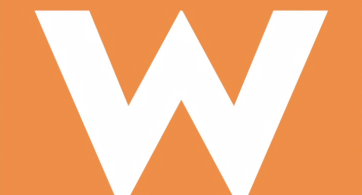 Indie’s favorite hapa just dropped a fresh single. While on a trip to Bali, Indonesia Japanese Breakfast aka Michelle Zauner was struck with inspiration. Zauner, who has expressed interest […]