It’s every young person’s dream to chase their life ambitions, but the oftentimes harsh realities of everyday life make that vision seem impossible to reach. A new online web series, Millions, explores how a group of twenty-something Asian North American millennials chase their life ambitions while encountering the obstacles that come with love, sex, drugs and greed.

In high school, the friends made a pact to become millionaires by the age of 30, a childish dream that faded with time and as the friends grew up. Some years later, they are all working mediocre 9 to 5 jobs, spending the rest of their time either chasing what seem like fruitless ventures or aimlessly drifting through the nightlife. That changes, however, when tragedy hits the group, and Brandon, the dreamer, refuses to let this lifestyle continue any longer for him and his friends.

Millions is a genuine look at contemporary life as an Asian growing up in North America. It’s not afraid to explore the “dark sides” of that life, particularly the sometimes troubling aspects of too much ambition. The choices and actions of the characters prove that Asians, too, can behave as good or as bad as they want to.

Chung began raising funds on Kickstarter to produce Millions in 2010, successfully reaching its $8,000 within a month. The eight-episode series finally premiered on Monday, April 28, with one episode being revealed every week on the Millions YouTube channel. You can check out the trailer below and find more information as well as the latest episodes on the official website.

Ben Brillantes as Jay, and Tanya Mok as Lia 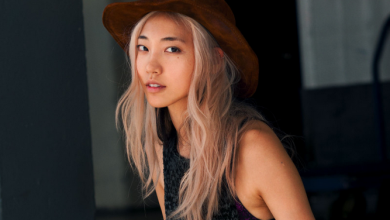 Story by Anna M. Park. Model Soo Joo Park turned heads with her platinum locks on Chanel’s fall runway earlier this year. Since then, the Korean American 27-year-old has […]