Jennifer Saldana, 19, remembers when she could only talk about K-pop to a handful of a people. “My friends who didn’t like K-pop, you could tell that they genuinely didn’t get why I liked it,” she said. Just a few years ago, the K-pop fandom was seen a niche community whose members kept their love for the genre mostly to themselves. This past weekend, however, told a different story as more than 94,000 passionate K-pop fans descended upon the Los Angeles Convention Center for KCON, America’s largest Korean pop culture convention.

The event debuted in Southern California in 2012 and has consistently drawn more and more attendees each year. It has also expanded to New York, Japan and other international destinations. This year, the convention brought popular acts including Seventeen, Pentagon, Twice and Wanna One to Los Angeles. The convention’s peaking attendance speaks to the genre’s growing appeal in the United States, a wave led by powerhouse K-pop acts such as BTS and Big Bang and aided by the ubiquitousness of social media.

Social media is a powerful tool for promoting products and ideas, and K-pop in particular appears to have mastered the art, although it took a while to do so.

“I think that there’s a bit of a generational divide,” said Tamar Herman, a Billboard columnist and Forbes contributor who moderated a panel about K-pop and social media. She said that 10 or so years ago, most K-pop stars only had personal social media accounts that they used for private affairs and did not often interact with fans online. When it came to getting updates on their favorite K-pop acts, fans’ interactions were limited to only each other or with media. Things have changed over the years.

“I think people are realizing that social media is a form of media and it is as valid a form of communication as television,” Herman said.  As an example, she pointed at how K-pop boy group NCT interacts with fans online via the group’s Twitter account. The members of NCT answers fans’ questions online and reply in both English and Korean, showing the group is mindful of their global audience.

Herman still considers YouTube as the important platform for K-pop. The genre is overwhelmingly audiovisual, and the video platform remains the first place most people encounter it.

Gracious Walker, 17 and Latiya Stewart, 16, both became fans after seeing a K-pop reaction video from the Fine Bros. Now, both girls use Instagram to keep up with their favorite stars.

“It allows you to connect with them personally as opposed to just their music,” Walker said.

Stewart agreed. “So many people can just tune in whenever and see their lives,” she said. “[Fans] feel so much more connected to them as opposed to just seeing them on TV or doing an ad or something like that.”

K-pop capitalizes as much on the illusion of accessibility to one’s favorite stars as it does on the music alone. Saldana and her friend Michelle Vu, 16, are fans of Amber Liu, an Asian American member of the girl group f(x) who held a meet-and-greet at KCON. Liu’s fans say they admire her down-to-earth personality. “She’s so laid back and really chill,” Saldana said. “She feels like a real person. Of course, she’s still famous, but she’s also really friendly and approachable.”

That approachability online is key, according Herman. She pointed to BTS as a prime example.

“They made social media a space where they would introduce themselves to fans,” Herman said. The group’s social media platforms are flooded with content and various ways for fans to access the group, be they tweets or web series on YouTube. “It really promotes the idea that they are individuals who make up a group rather than, ‘Here’s a group and here are the individuals of it.’”

As K-pop grows stateside, fans say they are glad to know that they can encounter more K-pop lovers like themselves, or at the very least stop having to explain why they enjoy the genre.

“I definitely am still glad that K-pop is getting all this exposure on social media,” Angelie Tuazon, 22, said. “Just being at KCON and seeing how many people love K-pop like I do, it makes me feel like I’m not that weird girl who listens to Korean music anymore.” 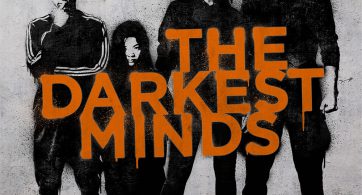 You know Jennifer Yuh Nelson best from her Academy Award-nominated efforts directing the second and third installments of DreamWorks’ “Kung Fu Panda” franchise. There, she reached quite a few […]