When Pechanga Entertainment Center opened in California’s Temecula Valley in 1995, it was housed in temporary facilities, and run by 135 employees.

Twenty years later, in December 2015, Pechanga Resort & Casino held a groundbreaking ceremony for a $300 million expansion. Now, that expansion is completed, cementing the property’s place as the state’s largest such destination.

Unveiled Thursday were the casino resort’s new restaurants, additional event spaces, hydrotherapy pools, a spa and fitness center with 17 treatment rooms and a new resort tower that has doubled the resort’s hotel rooms to over 1,000. According to General Manager Lee Torres, the undertaking has resulted in an additional 750 employees for the property, putting the total at around 4,750.

“Most people will see this building and see brick and mortar, but to us, it represents hope,” said Edith Atwood, president of Pechanga Development Corporation. “It represents the ability to protect [the Pechanga tribe’s] cultural resources and sacred places, funding scholarships, revenue to provide health care and other community services.”

The region saw more than $550 million in economic output from the effort, including 3,000 construction-related jobs, according to Atwood.

In recent years, the casino resort, in response to its sizable Asian clientele, has introduced VIP in-language host teams to its staff, and brought in popular musical acts from China, Korea and the Philippines for concerts. On Thursday, it launched a brand redesign for the Asian community, featuring a winged lion and a logo symbolizing wealth and good fortune.

“This expansion reinforces our position as the premiere casino resort destination not just on the West Coast, but the entire country,” Torres said. 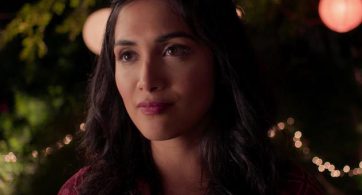