“Hamilton,” a hip-hop musical about America’s founding fathers, has proven itself a pop culture phenomenon, picking up awards and being described as “a landmark American musical.” The trio of original cast members performed their last show at the Richard Rodgers Theatre amidst the waves of adoring fans and patrons.

Thanks to all for the love and support the past 2 yrs. I will cherish #Hamilton and everyone the RR Theatre. ❤️ Til next time, folks!

Soo, the half-Chinese, half-white actress who played Eliza Hamilton in the show, was nominated for the Best Leading Actress honor this year at the Tony Awards. Next, she will lead the second production of the musical adaptation of the film “Amélie,” coming this winter.

The musical – a romantic comedy that follows the life of a waitress in Paris who decides to help the people around her, much like the film of the same name – is eyeing a Broadway debut next year.

The show will be directed by Pam MacKinnon, a Tony winner for “Who’s Afraid of Virginia Woolf?” and feature music Daniel Messé (of the band Hem) and lyrics from Messé and Nathan Tysen (“Tuck Everlasting”). Sam Pinkleton (“Natasha, Pierre and the Great Comet of 1812”) will direct choreography. 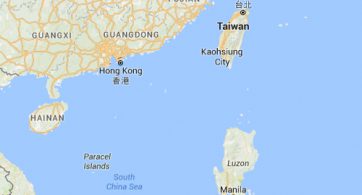