Piranhas, omnivorous tropical fish native to South American rivers and Hollywood B-horror movies, were caught in a reservoir in Hoengseong, Gangwon Province over the weekend.

The National Institute of Ecology (NIE) said it reeled in a 19-centimeter-long piranha Friday after a local reported seeing the flesh-eating fish in the reservoir, according to the Korea Times. The following day, investigators caught two more 15-centimeter piranhas and a 30-centimeter red-bellied pacu, a cousin of the piranhas.

This is the first time a piranha or a red-bellied pacu has been spotted in South Korean waters.

Officials at NIE and South Korea’s environment ministry said Sunday that it is unclear how the exotic fish came to be in the reservoir. However, the ministry suspects that the fish were most likely raised in a private aquarium and later dumped into the waters.

Authorities have blocked all drains of the reservoir and installed wire nets to prevent any more fish from slipping into nearby canals and rivers—though they assured that piranhas are not small enough to squeeze through drain holes.

Since piranhas normally live in tropic waters, the environment ministry said the three piranhas and one red-bellied pacu were only able to survive because of South Korea’s summer weather. If it was winter, the fish would have died after swimming in cold water for a few days.

That’s a relief to hear because I would hate to be in this situation: 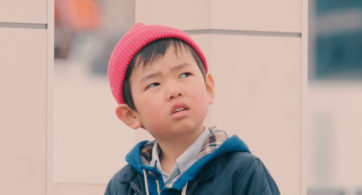 When we were younger, I’m sure many of us were told not to speak to strangers. More importantly, we were taught to be polite to adults. Unfortunately, in today’s […]