Global Citizen, an organization that brings awareness to issues around the world, will hold its annual festival at Central Park’s Great Lawn in New York City on Sept. 24. Chopra will co-host the show alongside Neil Patrick Harris, Salma Hayek Pinault, Hugh Jackman and Seth Meyers.

The festival, which is under the creative vision of Coldplay’s Chris Martin, will feature headliners Rihanna, Kendrick Lamar, Selena Gomez, Major Lazer and Metallica, with additional appearances by Usher, Ellie Goulding, Chelsea Handler and more.

“The spirit of the Global Citizen Festival is dear to me,” Chopra told reporters. “I’ve been given many opportunities to travel through my work, and now, I see the world as an interconnected force. This festival is an incredible example of looking across borders and working together for the greater good.”

Chopra, who will also appear in the upcoming “Baywatch” film, has been working with UNICEF since 2008. As the UNICEF Goodwill Ambassador, she has done work to promote the rights of children around the world. She is also a brand ambassador for NDTV Greenathon, an initiative to support eco-friendliness.

“The future of the world are the millennials, and this [festival] reaches out to them,” Chopra said on show. “This gives millennials the power to say ‘I can be the change i want to see.’” 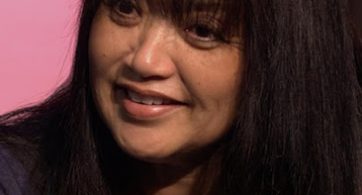 Karen Maruyama, a Japanese American actress and comedian, has taught comic superstars like Will Ferrell and Melissa McCarthy and is director of the famous Groundlings theater, a school that […]