Being an actor in Hollywood, I’ve seen my share of racism. But it’s rarely as bad as people think. I’ve never had a casting director call me a “chink.” I’ve never had a producer tell me to go back to my shoe-making factory. I did have to play Bjork once, but don’t think it’s because of my race as much as it was because of the fact that I do a really good Bjork. (I also own a swan dress, but I’ll save that for another column.)

In my experience, the racism in Hollywood is subtle. It’s institutional. It speaks in codes. For example, in casting breakdowns, when they ask for an “all-American type,” that’s code for “white.” If they’re casting the lead role of a major network TV series, you can bet on Caucasian. If the character is a suave Lothario involved in a complex love triangle, nine times out of nine, that role is not a Korean dude. The roles for me are the “gay best friend” or “lab technician.” One time, swear to God, I auditioned for the part of “gay lab technician.” Sure, it can be frustrating, but it is what it is. For now.

In the meantime, I’ve taken full advantage of a tool that allows me, as an actor, to break free from the shackles of Hollywood’s expectations: the internet. Thanks to YouTube, I’ve been able to create my own work for the entire world to see. And in this work, I’m able to be as “all-American” as I want to be. It’s as if the internet has provided me with the level playing field that I’ve always dreamed of—a world seemingly free of racism.

That is, until you get to the comments section:

WTF, how did you get out of the shoe-making factory….get your ass back in the warehouse…CHINK.

This is an actual comment recently left after one of my shorts. And no, the film is not about a guy named Chink who breaks out of a shoe-making factory. It is simply a random act of blatant old-school racism. Kinda makes me miss the subtler Hollywood version. In fact, go to any viral video that features a person of color or a member of the LGBT community or a woman, or any minority for that matter, and you will surely find a spattering of bigoted venom in the comments section.

Sure, it sucks. But in a strange way, I’m grateful for these messages. It reminds me that today’s racism is not just institutional. The modern world is still chock full of bigots and idiots and poor spellers. And these people hate nothing more than seeing a brother play the lead. For this reason, whether in Hollywood or online, I’m going to keep working hard doing what I love to do. And I encourage you to do the same. It’s the American way. 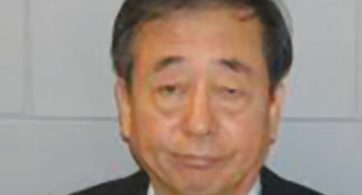