In the middle of a vast farm field sits a lone shipping container that holds a secret. Beneath its surface is a purple-lit tunnel occupied by hundreds upon hundreds of marijuana plants, neatly lined along the walls. As a tall figure dressed in a crisp suit descends down a passageway to the tunnel, it becomes clear: if Mary Jane is the game, then Mickey Pearson (Matthew McConaughey) is the name.

Directed by Guy Ritchie, “The Gentlemen” follows stoic drug lord Mickey, whose only motivation is to sell his weed empire so he can finally retire and relax with his wife Rosalind (Michelle Dockery). And since it is a Ritchie film, there is no shortage of nattily dressed and smooth-talking gents, like Mickey’s best man Raymond (Charlie Hunnam) and Hugh Grant’s sly, cheeky reporter Fletcher, who’s pitching a movie script he plans on using to blackmail Mickey for a hefty price.

Mickey continually encounters an influx of mindless confrontations from different villains, keeping the movie’s plot going at a dogged pace. Though the bad guys are extremely predictable, you can’t help but find yourself eager to see what chaos they will set into motion next. Chinese mobster Dry-eye’s (Henry Golding) low tolerance for disagreements and irritability with authoritative figures makes him prone to trigger-happy behavior. He and all the other one-dimensional antagonists serve as foils to increase Mickey’s allure as a mysterious and unpredictable kingpin. Fletcher insists that he has Mickey all figured out, but Ritchie’s decision to limit Mickey’s inner monologue only highlights his protagonist’s charismatic enigma.

The relentless, taunting banter so characteristic of Ritchie’s earlier gangster films (“Lock, Stock and Two Smoking Barrels” and “Snatch”) adds to the comedic tone. However, with the word “c*nt” tossed into almost every roast, the dialogue starts to become dry and the impatience for a more tasteful punchline lingers. But the film compensates for this with sporadic bouts of violence that leave the roar of every gunshot rumbling through theaters. When Dry-eye confronts Mickey with signs of disrespect, the suspense of waiting for Mickey’s reaction will keep audiences on the edge of their seats.

The movie is sprinkled with ludicrous, nonsensical action, heightening a distinct theme of absurdity. The entire sequence of events is a hectic riot, filled with characters whom viewers yearn to see more fleshed out. Even including Mickey and his wife, there isn’t a single fully developed character in the entire film, and the closest that Ritchie comes to bringing his characters to life is having them pull triggers.

But don’t let the film’s flaws distract you from the charming cast, whose engaging performances will keep you engrossed even with your brain turned off. Ritchie has assembled a refreshing whirlwind of fun that reminds cinemagoers that not all films need emotional depth to create an enjoyable experience. 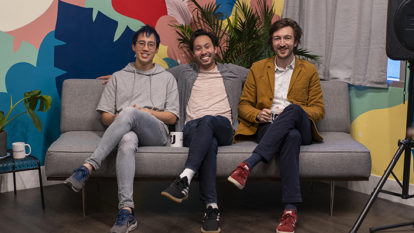 BuzzFeed is known as a purveyor of news and gift lists for last-minute holiday shopping, and as the undisputed authority in obscure internet quizzes. But among the AAPI community, […]