Everyone has had a bad day at work. But as a solitary figure in a dark suit limps through a Chinatown alleyway hoping to get to a doctor who will treat him, while a gaggle of men armed with axes, swords and guns slowly trail behind, audience members will be thankful that their day job isn’t being an assassin.

“John Wick: Chapter 3—Parabellum” follows the broody hitman after he earns an excommunicado from the secret international assassins organization, the High Table, and incurs a $14 million reward for his death—all for killing the Italian Mafia boss Santino D’Antonio on Continental grounds. Directed by Chad Stahelski, the latest installment of the series sees Wick fighting his way through hordes of blood-thirsty bounty hunters on a literal quest to escape death. “Parabellum” expands the “John Wick” universe with more background information on the life of the titular character, and a few delightful plot twists hint at future sequels. As the film’s emblematic title hints, Wick is indeed preparing for war. And there will be guns aplenty.

There’s no time lost on filling in audience members on how Wick got himself in this sticky situation— “Parabellum” drops viewers right where “John Wick: Chapter 2” left off. The first few minutes brim with an almost tangible sense of desperation as Wick limps through the streets of New York City. The “John Wick” series made its claim to fame with its insanely well-choreographed fight scenes—coining the phrase gun fu, in the process—as the assassin uses all means necessary to defeat his adversaries (he did what with a pencil?), and “Parabellum” is no exception. Wick uses axes, spent guns, swords, broken motorcycles and even a horse to take down bad guys. That sense of urgency never lets up throughout the entirety of the film. Even moments that involve plot-forwarding conversation are saturated with fight-scene levels of tension and suspense. One has to wonder how or when this man ever gets a wink of sleep. Or a chance to visit the proverbial oval office.

A major selling point of this latest chapter is that we learn more about the enigmatic assassin. His overall goal in the film is to set up a meeting with the High Table to remove the excommunicado from his name. To do that, he needs to travel to Morocco to find his friend Sofia (Halle Berry), who can arrange the meeting. In order to leave New York City, Wick is forced to call upon an ally from his childhood, the Director (Anjelica Huston). With her severe face and acting style, Huston makes for a very intimidating school marm. She’s the leader of what seems to be a children’s academy that exploits orphans and forces them to become either ballerinas or assassins. Or ballerina assassins? It’s never made quite clear. We all know we’re not here for the fleshed-out plotlines. His connections to his acquaintances are never fully explained, but the vague, teasing insights into Wick’s past only add to the air of intrigue surrounding his character.

Another gem of “Parabellum” is Mark Dacascos’ performance as Zero, a sword-wielding sushi chef. Dacascos imbues his character with a perfect blend of neurotic perfectionism and expert martial arts skills. His big eyes and seemingly unblinking gaze bring an unnerving, albeit humorous, element to the movie that should shake a few chuckles out of audience members. Dacascos delivers a degree of complexity to his character usually unseen in action-movie super villains; Zero is at once obsessed with Wick in an admiring, fanboy type of way, but is also bent on killing him. He’s a lighthearted, but formidable, foil to the man-of-few-words.

This second sequel is the perfect addition to the series. “Chapter 2” was also a decent flick, but the cast and crew have hit their stride with “Parabellum.” Granted, Wick’s invincibility at times borders on the ridiculous, somewhat reminiscent of Saitama from “One-Punch Man.” But the drama feels realistic and gritty—no unlimited ammo here. It’s an elegant movie complete with well-thought out cinematography—that’s a lot to say about an action film. Though it might not ever be hailed as a cinematic masterpiece (this is a violent film, where a great number of faceless extras meet untimely deaths), it’s a beautiful reimagination of the classic beat-’em-up flick, and a far cry from the days when “Rambo” dominated the box office. And that’s just what the Chinatown doctor ordered.

This article appeared in Character Media’s May 2019 issue. Subscribe here. 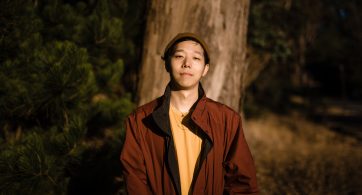 To celebrate APAHM and the launch of our new name Character Media, we’ll be sitting down with notable Asian American creatives working in entertainment for a series of Q&As […]